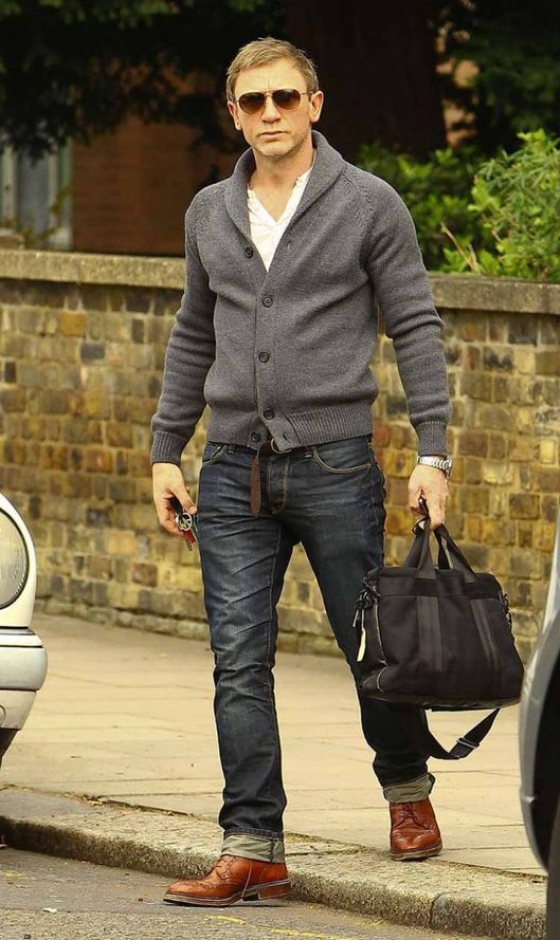 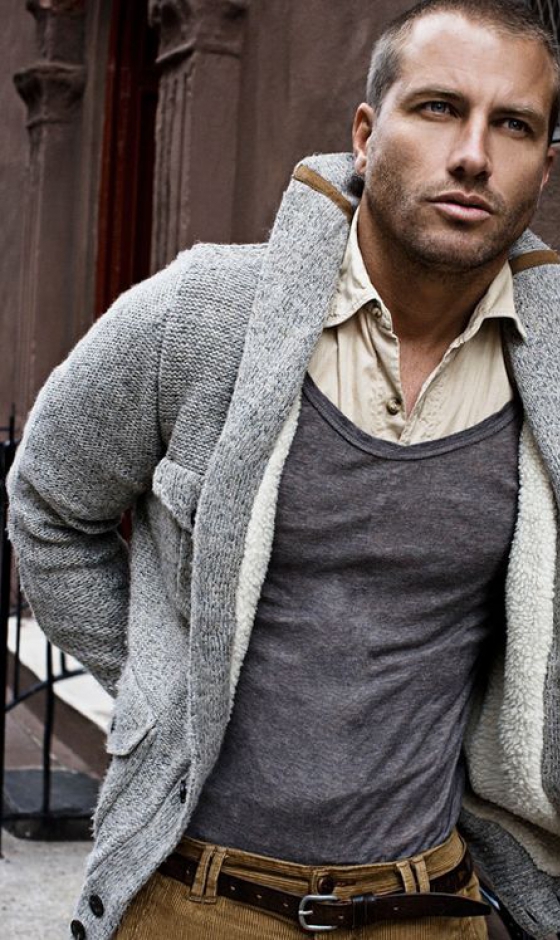 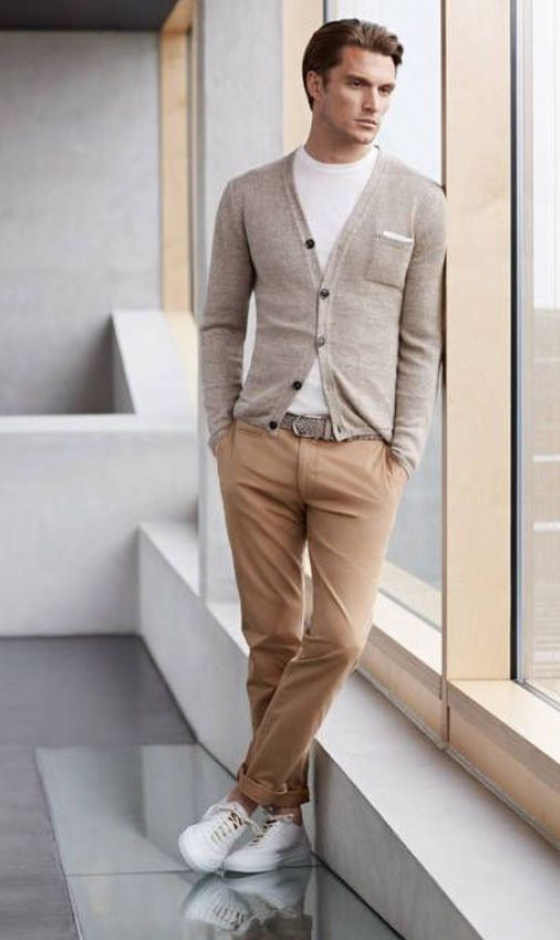 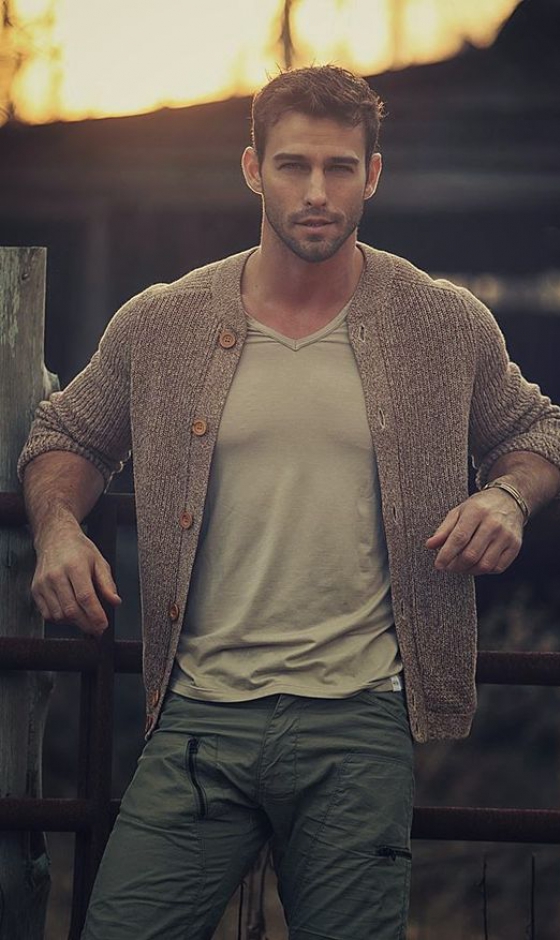 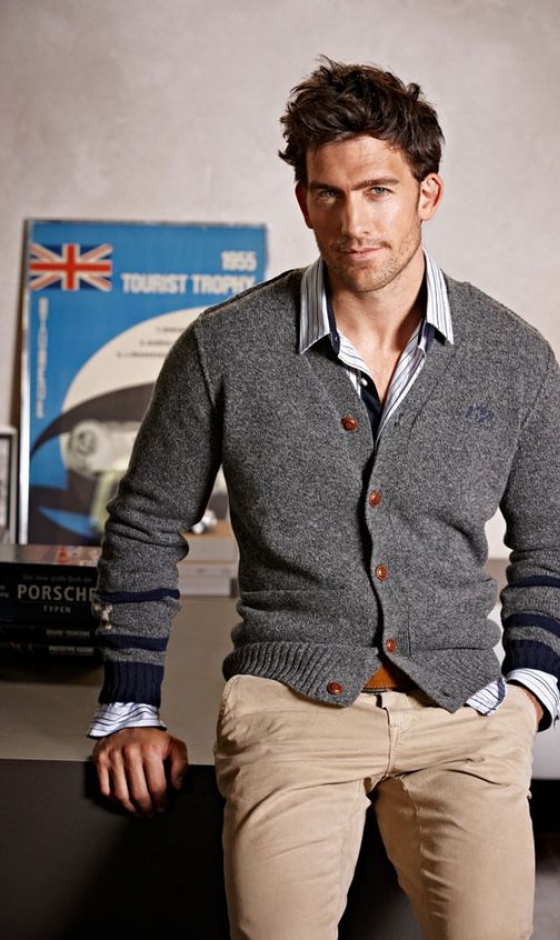 A cardigan is a type of knitted garment that has an open front. Commonly cardigans have buttons: a garment that is tied is instead considered a robe. A more modern version of the garment has no buttons and hangs open by design. By contrast, a pullover does not open in front but must be "pulled over" the head to be worn. It may be machine- or hand-knitted.

The cardigan was named after James Brudenell, 7th Earl of Cardigan, a British Army Major General who led the Charge of the Light Brigade at the Battle of Balaclava during the Crimean War. It is modelled after the knitted wool waistcoat that British officers supposedly wore during the war. The legend of the event and the fame that Lord Cardigan achieved after the war led to the rise of the garment's popularity. The term originally referred only to a knitted sleeveless vest, but expanded to other types of garment over time. Coco Chanel is credited with popularizing cardigans for women because "she hated how tight-necked men’s sweaters messed up her hair when she pulled them over her head." The garment is mostly associated with the college culture of the Roaring Twenties and early 1930s, being also popular throughout the 1950s, the 1970s and the 1990s. Cardigans have also regained popularity during the present decade.

Plain cardigans are often worn over shirts and inside suit jackets as a less formal version of the waistcoat or vest that restrains the necktie when the jacket has been removed. Its versatility means it can be worn in casual or formal settings and in any season, but it is most popular during cool weather.

Monochromatic cardigans, in sleeved or vest form, may be viewed as a conservative fashion staple. As an item of formal clothing for any gender, it is worn over a button-down dress shirt. A less formal style is a T-shirt underneath.